Stacy Keibler is an American actress, model and retired professional wrestler. She is mainly known for her work with World Championship Wrestling (WCW) (1999-2001) and World Wrestling Entertainment (WWE) (2001-2006). She is also famous for her long legs and has been known as “The Legs of WCW” and “The Legs of WWE”. She competed on the second season of Dancing with the Stars, where she placed third. She has appeared on other ABC series such as What About Brian, George Lopez, and October Road. She has also appeared on the 100th episode of the CBS sitcom How I Met Your Mother as a bartender and on the USA Network show Psych. As a model, she appeared in both Stuff magazines and Maxim. Born Stacy Ann-Marie Keibler on October 14, 1979 in Baltimore, Maryland, to parents Gary and Patricia Keibler, she started dancing at the age of 3 (jazz, tap, and ballet). She attended College at Towson University in Baltimore, Maryland. Keibler made her wrestling debut as one of the Nitro Girls in WCW. She married Future Ads CEO Jared Pobre on March 8, 2014. Together they have three children. 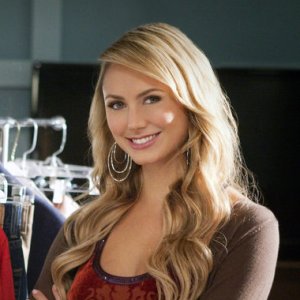 Stacy Keibler Facts:
*She was born on October 14, 1979 in Baltimore, Maryland, USA.
*At age 8, she earned her SAG card and is still a member today.
*She was a cheerleader for the Baltimore Ravens.
*She began her professional wrestling career as a part of the Nitro Girls in World Championship Wrestling.
*She worked with World Wrestling Entertainment where she worked from 2001 to 2006.
*She worked with World Championship Wrestling from 1999 to 2001.
*Her favorite actresses are Jennifer Aniston and Julia Roberts, and her favorite actor is Tom Hanks.
*From 2011 to 2013, she was in a relationship with George Clooney.
*Visit her official website: www.stacykeibler.com
*Follow her on Twitter, Facebook and Instagram.