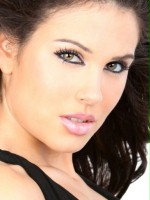 Giuliana Marino Facts:
*Born on May 13, 1986 in Nuremberg, Germany, she’s of Italian descent.
*She was raised in Deutschland and speaks fluent German.
*Playboy Germany Playmate of the Month, April 2005.
*She was named the German Playmate of the Year in 2006.
*She currently resides in Los Angeles, California
*Visit her official website: www.giuliana-marino.de
*Follow her on Instagram.