Grace Park, born March 14, 1974, is an American-born Canadian actress, who became recognized for her roles as Sharon “Boomer” Valerii and Sharon “Athena” Agathon on Battlestar Galactica, as well as Shannon Ng in the Canadian television series teen soap Edgemont. Born as Jee Un Park in Los Angeles, Grace Park’s family moved to Vancouver while she was just a child. She has been married to Phil Kim since 2004. They have a son together. 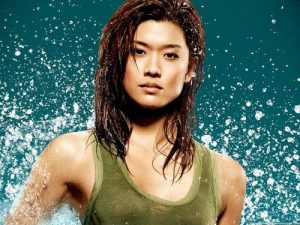 Grace Park Facts:
*She belongs to Korean descent.
*She was born in Los Angeles and was raised in the Vancouver neighbourhood of Kerrisdale.
*She was named number 60 on “Maxim’s annual Hot 100 of 2010”.