American singer-songwriter Grace VanderWaal Biography, Family, Height, Weight, Age, Measurements will be discussed here. Grace VanderWaal’s personal details can be checked here. She is notable for her distinctive vocals and has often accompanied herself on the ukulele.

Grace VanderWaal is an American singer-songwriter and actress who won the eleventh season of America’s Got Talent, in September 2016, at age 12, singing her original songs. Her debut album, Just the Beginning, released in November 2017, peaked at #22 on Billboard 200. VanderWaal made her debut as an actress in March 2020, by appearing in the Disney+ musical drama film Stargirl. 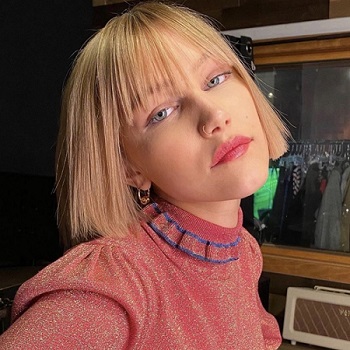 Born Grace Avery VanderWaal on January 15, 2004 in Lenexa, Kansas, to parents Tina and David VanderWaal, she is of Dutch descent on her father’s side, and of Scottish descent on her mother’s side. She has an older brother named Jakob and an older sister named Olivia. VanderWaal began writing and singing her songs at the age of three and began writing her own music at the age of 11. She began her musical career by posting videos of her original songs and covers on YouTube and performing at open mic nights near her hometown of Suffern, New York.

Grace VanderWaal Facts:
*She was born on January 15, 2004 in Lenexa, Kansas, United States.
*She has been writing and singing her songs since she was three years old.
*She won the eleventh season of the NBC TV competition show America’s Got Talent (AGT), at the age of 12 years old.
*Simon Cowell called her “the next Taylor Swift.”
*Visit her official website: www.gracevanderwaal.com
*Follow her on Twitter, Facebook and YouTube.