American actor Noah Centineo Biography, Family, Height, Weight, Age, Measurements will be discussed here. Noah Centineo’s personal details can be checked here. He was nominated for a Teen Choice Award for his portrayal of Jesus Adams Foster in The Fosters (2013).

Noah Centineo is an American actor. He is best known for his portrayals of Jesus Adams Foster in the final three seasons of the television series The Fosters, the Disney Channel film How to Build a Better Boy, and the Netflix romantic comedy films To All the Boys I’ve Loved Before, and its sequels, as well as Sierra Burgess Is a Loser and The Perfect Date.

Born as Noah Gregory Centineo on May 9, 1996 in Miami, Florida, to Kellee Janel and Gregory Vincent Centineo, he was raised in Boynton Beach, Florida. He has an older sister named Taylor. He attended BAK Middle School of the Arts, and then Boca Raton Community High School for 9th and 10th grade, where he played soccer. Centineo moved to Los Angeles in 2012 and joined Agoura High School. 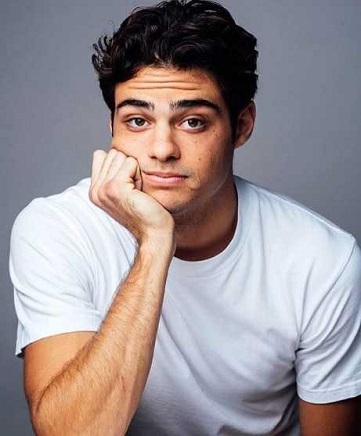 He was in a relationship with model Alexis Ren from March 2019 to April 2020.

Noah Centineo Facts:
*He was born on May 9, 1996 in Miami, Florida, United States.
*He is of German and Italian descent.
*He made his acting debut at age 13 with the 2009 film The Gold Retrievers.
*Follow him on Twitter and YouTube.