Greg Cipes is an American actor, voice actor and singer who was a cast member in the MTV reality show Twentyfourseven. He is best known for voicing Beast Boy in Teen Titans, Michelangelo in Teenage Mutant Ninja Turtles, Iron Fist in Avengers Assemble, and Kevin Ethan Levin in Ben 10. He also played a supporting role as Dwight in the 2009 action film Fast & Furious and had recurring roles in MDs and Peacemakers. He has also performed in television programs, such as Teen Titans as Beast Boy. Born Gregory Michael Cipes on January 4, 1980 in Coral Springs, Florida, he is the only child of his parents Robin Mrasek and Geoff Cipes. At 16 he wrote, recorded and produced his debut single and eventual South Florida dance club hit with his band “Cipes and the People”. 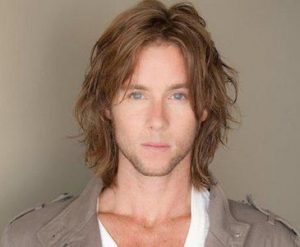 Greg Cipes Facts:
*He was born on January 4, 1980 in Coral Springs, Florida, USA.
*He was one of seven friends in the MTV reality show Twentyfourseven.
*At age 17, he became the 3rd best Junior Professional Surfer of United States.
*He is a member of the band Cipes and the People.
*He became a vegan in 2009.
*He has a pet dog named Wingmang G.
*Visit his official website: www.gregcipes.com
*Follow him on Twitter, Facebook, YouTube and Instagram.