Hynden Walch is an American voice actress, actress, and singer. She is notable for voicing Princess Bubblegum in Adventure Time, Starfire in Teen Titans and Teen Titans Go!, and Viridi in Kid Icarus: Uprising. For her performance as Little Voice in The Rise and Fall of Little Voice on Broadwa, she won the Outer Critics Circle Award. Born on February 1, 1971 in Davenport, Iowa, USA, her birth name is Heidi Hynden Walch. She studied at North Carolina School of the Arts, and has a B.A. in American Literature from UCLA. She got her start voicing the character of Starfire on the series Teen Titans. In 1999, she married Sean McDermott. 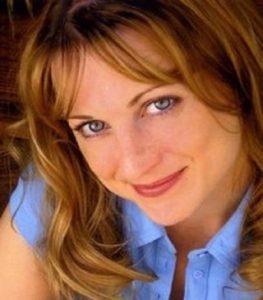 Hynden Walch Facts:
*She was born on February 1, 1971 in Davenport, Iowa, USA.
*She began her professional acting career on stage at age 11.
*At 16 she attended the North Carolina School of the Arts, majoring in voice.
*She won the Outer Critics Circle Award for outstanding Broadway debut of an actress.
*Visit her official website: www.hyndenwalch.com
*Follow her on Twitter.