Grey Damon is an American actor. He is best known for television roles as Hastings Ruckle on Friday Night Lights, Brian Rezza on The Nine Lives of Chloe, Brian Shafe on Aquarius, Grayson Montrose on Star-Crossed and Archie Yates on Twisted. His other well-known television credits include The Secret Circle, The Flash, and Station 19. Born on September 24, 1987, in Bloomington, Indiana, he grew up in Boulder, Colorado. He left his family in Bloomington, Indiana to pursue his acting career in Los Angeles. He made his acting debut in an episode of The CW’s 90210 in February 2009. He has been in a long term relationship with actress Alice Greczyn since 2014. 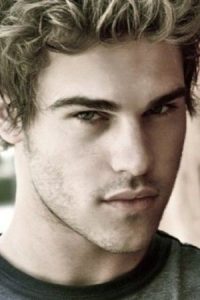 Grey Damon Facts:
*He was born on September 24, 1987, in Bloomington, Indiana and raised in Boulder, Colorado.
*He caught the acting bug early and worked his first professional job at the age of 12 in a production of A Christmas Carol at the Denver Theatre Center in Colorado.
*He made his television debut on an episode of 90210 in 2009.
*He auditioned for the role of Stefan Salvatore on The Vampire Diaries.
*He appeared in the music video called True Love by Destinee and Paris in 2011.
*Follow him on Twitter and Instagram.