Griffin Gluck is an American actor. He is best known for his roles in television, such as Red Band Society, American Vandal, Private Practice, Locke & Key, and Back in the Game, and in the films Just Go with It, Middle School: The Worst Years of My Life, Tall Girl, and Big Time Adolescence. He had a recurring role on the series The Real Bros of Simi Valley. He has also done voice work in Batman vs. Robin and The Boxcar Children: Surprise Island. Born Griffin Alexander Gluck on August 24, 2000 in Los Angeles, California, to parents Cellin, a director, and Karin, a producer, he has an older sister named Caroline. Gluck was in a relationship with Sabrina Carpenter from 2019 to 2020. 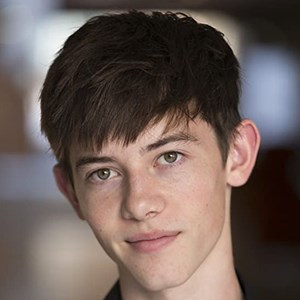 Griffin Gluck Facts:
*He was born on August 24, 2000 in Los Angeles, California, USA.
*He attended Oak Park High School.
*His first major role was as a three year old in a short film, Time Out, co-produced by his father and directed by Robbie Chafitz.
*He played Charlie on the Fox series Red Band Society from 2014 to 2015.
*Follow him on Instagram.