Thomas Barbusca is an American teen actor. He is best known for his portrayal of Chip Pemberton on the FOX comedy The Mick, and for his starring role as Drew in the Netflix series Wet Hot American Summer: First Day of Camp. Barbusca also starred as Leo in the film Middle School: The Worst Years of My Life, and had a role in the fifth season of American Horror Story. Born on March 3, 2003 in New Jersey, Barbusca is of Italian descent. His older sister, Brielle, is also an actress. 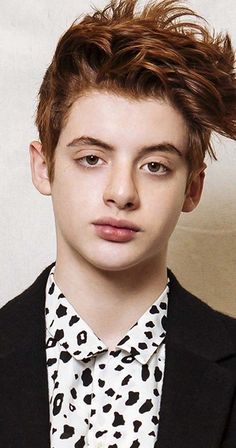 Thomas Barbusca Facts:
*He was born on March 3, 2003 in New Jersey, USA.
*He is the younger brother of Brielle Barbusca.
*From 2017 to 2018, he starred as Chip Pemberton on the FOX comedy The Mick.
*Follow him on Twitter, Facebook and Instagram.