Gugu Mbatha-Raw is an English actress of film, television, and theatre. She played Tish Jones in the science-fiction series Doctor Who and appeared in American productions such as the comedy film Larry Crowne, and the short-lived television series Undercovers and Touch. Mbatha-Raw won the BIFA Award for Best Actress for her role as Dido Elizabeth Belle in in Amma Asante’s film Belle (2013) and portrayed the titular character in Jessica Swale’s 2015 play Nell Gwynn, which earned her a nomination for the Evening Standard Theatre Award for Best Actress. She also starred in “San Junipero”, an episode in season three of the anthology series Black Mirror and played prominent roles in the films Miss Sloane, Beauty and the Beast, Misbehaviour, and the Apple TV+ drama series The Morning Show. Her theater credits include Antony and Cleopatra, Romeo and Juliet, and Hamlet. 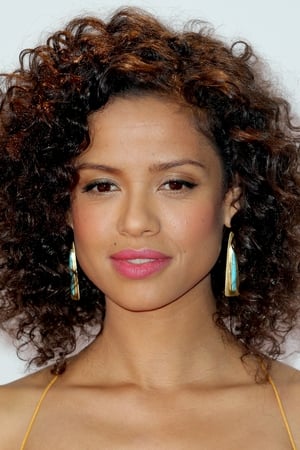 Born Gugulethu Sophia Mbatha on April 21, 1983 in Oxford, Oxfordshire, England, to parents Anne Raw, a white English nurse, and Patrick Mbatha, a black South African doctor, her parents separated when she was a year old, and she was brought up by her mother in Witney. Mbatha-Raw attended the Henry Box School and trained at the Royal Academy of Dramatic Art (RADA) in London, England. She was once in a relationship with actor Harry Lloyd.

Gugu Mbatha-Raw Facts:
*She was born on April 21, 1983 in Oxford, Oxfordshire, England, UK.
*She became interested in acting, dance, and musical theatre from a young age.
*She attended the Royal Academy of Dramatic Art (RADA) in London, England.
*She was named one of 42 Brits to Watch by the British Academy of Film and Television Arts in July 2011.
*She was ranked as having one of the “Most Beautiful Famous Faces” by TC Candler’s list of the “100 Most Beautiful Famous Faces From Around the World” for three consecutive years (#15 in 2014, #22 in 2015 and #33 in 2016).
*She was appointed Member of the Order of the British Empire (MBE) in the June 2017 Birthday Honours for services to drama
*She shared the cover of Vanity Fair magazine’s 2016 Hollywood issue with, Jennifer Lawrence, Rachel Weisz, Jane Fonda, Viola Davis, Cate Blanchett, Lupita Nyong’o, Brie Larson, Alicia Vikander, Charlotte Rampling, Helen Mirren, Diane Keaton and Saoirse Ronan. Photographed by Annie Leibovitz.
*Follow her on Twitter, Facebook and Instagram.