Frank Dillane is an English actor. He is best known for his portrayal of Nick Clark in the AMC series Fear the Walking Dead, and for his role as Tom Riddle in the film Harry Potter and the Half-Blood Prince. He is also known for his role as Owen Coffin in the 2015 Ron Howard-directed thriller In the Heart of the Sea. 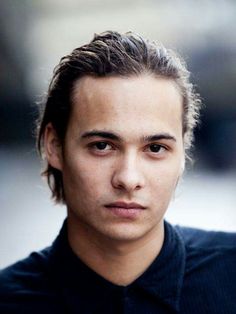 Born Frank Stephenson Dillane on April 21, 1991 in London, United Kingdom, to parents actor Stephen Dillane and actress Naomi Wirthner, he has a younger brother named Seamus. Dillane graduated from Michael Hall School in East Sussex in June 2009, and trained at the Royal Academy of Dramatic Art (R.A.D.A.) in London, England, graduating in 2013.

Frank Dillane Facts:
*Born on April 21, 1991 in London, United Kingdom, he is the oldest son of actor Stephen Dillane and actress Naomi Wirthner.
*He is of African-Jamaican descent on his mother’s side.
*He made his cinematic debut in the 1997 film Welcome to Sarajevo.
*He did a 3-year Bachelor of Arts in acting at the Royal Academy of Dramatic Art.
*He has his own band called, Tinker Wright in East Sussex.
*He has two small birthmarks in the middle of his left cheek.
*He is biracial.
*His favorite musicians are The Strokes, Babyshambles, The Smiths, Beatles, and Bob Dylan.