Guinevere Turner is an American actress, screenwriter and film director who starred as Tanya Cheex in Preaching to the Perverted and has written such films as American Psycho and The Notorious Bettie Page. In 2014 Turner appeared in Jane Clark’s horror comedy film Crazy Bitches alongside Nayo Wallace, Cathy DeBuono and Candis Cayne. Born Guinevere Jane Turner on May 23, 1968 in Boston, Massachusetts, she is the oldest of six children. She has three brothers and two sisters. Turner’s paternal grandmother Elizabeth Hobbs, Mrs. Turner, belonged to the United States Marine Corps in 1944 during World War II. She was educated at Sarah Lawrence College in NYC. She briefly dated Rose Troche. 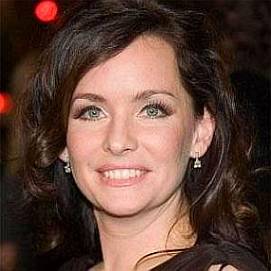 Guinevere Turner Facts:
*She was born on May 23, 1968 in Boston, Massachusetts, USA.
*Her full name is Guinevere Jane Turner.
*She adapted the novel American Psycho for the silver screen in 2000.
*She is very close friends with fellow filmmakers Kevin Smith.
*She is openly a lesbian.
*She enjoys crocheting.
*She makes sweaters, scarves, vests and hoodies for the Griffith Park Bear.
*She is a vegetarian.
*Follow her on Twitter and Instagram.