Paul Braunstein is a Canadian actor. He is best known for his role as Johnny McLaughlin in the soap opera Train 48. He also appeared as Griggs in the 2011 horror film The Thing and starred as Ryan in the 2017 horror film Jigsaw. Braunstein played a major supporting role opposite Donald Sutherland on the feature American Hangman. He has appeared as a guest-star in several television series such as CW’s Reign, Netflix’s Black Mirror, FX’s Fargo, Global’s Private Eyes and USA’s Suits. 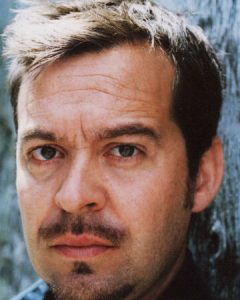 Paul Braunstein Facts:
*He was born and raised in Toronto.
*His full name is Paul K. Braunstein.
*He was considered one of the most popular cast members of the series, Train 48.
*He has three sons.
*He enjoys playing drums.
*Follow him on Twitter.