Guy Berryman is a Scottish musician, best known for being the bassist for the bands Coldplay and Apparatjik. As a member of Coldplay, Berryman received twenty-five Grammy Award nominations between 2002 and 2012. Born Guy Rupert Berryman on April 12, 1978 in Kirkcaldy, Fife, Scotland, his father, Rupert Berryman, is a Chartered Engineer who worked on the Channel Tunnel. Berryman was educated at The Edinburgh Academy in Edinburgh, Scotland and Kent College in Canterbury, England, and dropped out of architecture school at University College London to pursue a full-time music career. He had a daughter named Nico Berryman with Joanna Berryman, whom he was married to from 2004 to 2007. 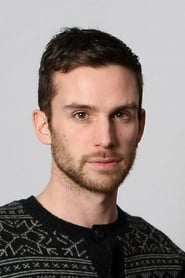 Guy Berryman Facts:
*He was born on April 12, 1978 in Kirkcaldy, Fife, Scotland, UK.
*He has an older brother named Mark.
*One of the original members of the rock band Coldplay.
*He is left-handed but plays bass right-handed.
*He owned a clothing shop called “Jezebell” in London, which closed down due to debt.
*He is a supporter of Scottish football club, Raith Rovers F.C.
*Follow him on Facebook and Instagram.