Hyuna is a South Korean singer-songwriter, rapper and model, best known as a former member of all-girl group 4Minute, which debuted in June 2009 and went on to become one of the most popular girl groups in the country. She is also a former member of the duo Trouble Maker with former Beast member Hyunseung. She was previously a member of South Korean girl group Wonder Girls. In 2017, Hyuna became part of the trio Triple H with Pentagon members Hui and E’Dawn. She collaborated with Lee Gi-kwang on the song “2009” for his debut album First Episode: A New Hero, and also appeared in the music video of his single “Dancing Shoes (2009)”. Hyuna debuted as a solo artist in 2010, with the release of her debut single “Change”, which charted at number two on South Korea’s Gaon Digital Chart. 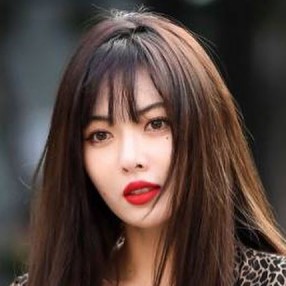 Born Kim Hyun-ah on June 6, 1992 in Hongje-dong, Seoul, South Korea, Hyuna attended Choongam Middle School and Korea High School of Music and Arts, and graduated from Konkuk University, in Contemporary Arts, and received special admission into the school. She has been in a relationship with Pentagon member E’Dawn since May 2016.