Hallie Eisenberg is an American actress, mainly known as the “Pepsi girl” in a series of Pepsi commercials. She is also known for her film debut as Marie Alweather in Paulie (1998) and her role as Erika Tansy in How to Eat Fried Worms (2006). Eisenberg’s other notable works include Wild Child, The Miracle Worker, Beautiful, The Insider, Get Real, Blue Moon, and Holy Rollers. Born Hallie Kate Eisenberg on August 2, 1992 in East Brunswick, New Jersey, to parents to parents Amy and Barry Eisenberg, her mother, Amy, is a professional dressed-up clown who performed at children’s birthday parties for a living in their hometown of East Brunswick for twenty years. Her father, Barry, ran a hospital before moving on to become a college professor. Her older brother, Jesse Eisenberg, is the Academy Award-nominated star of The Social Network. She has also a sister named Kerri. Hallie began her career with several Pepsi commercials at age seven, and made her film debut in Paulie (1998). 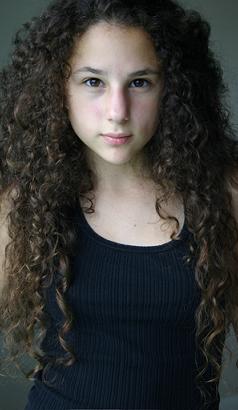 Hallie Eisenberg Facts:
*She was born on August 2, 1992 in East Brunswick, New Jersey, USA.
*She was raised in a secular Jewish family.
*She is the younger sister of Jesse Eisenberg.
*She was named after the character Hallie O’Fallon in the film All I Want for Christmas.
*She was “The Pepsi Girl” in a series of Pepsi commercials in the late 1990s and early 2000s.
*She halted her pursuit of a film career to attend college in 2010.
*Follow her on Twitter, Facebook and Instagram.