Natalia Nogulich is an American of actress film and television. She is best known for her portrayal of Vice Admiral/Fleet Admiral Alynna Nechayev on Star Trek: The Next Generation and Star Trek: Deep Space Nine. She played Josephine Hoffa in the 1992 American biographical crime film Hoffa and provided the voice of Mon Mothma in the radio adaptation of Return of the Jedi. Nogulich’s other notable works include Vamping, The Guardian, Homicide, The Boys, The Glass Shield, Confessions of a Sorority Girl, Above Suspicion, and the 1987 film Sister, Sister. Born Natalija Nogulich on October 1, 1950 in Chicago, Illinois, to parents Jelena and Walter Nogulich, she is of Serbian descent. She has two siblings, Christ and Daniella. Nogulich was educated in Illinois and in Spain and Italy. She began her acting career with a small role in the 1978 film Stony Island. 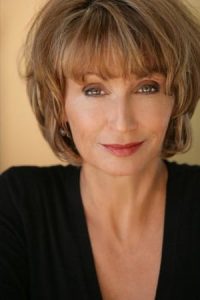 Natalia Nogulich Facts:
*She was born on October 1, 1950 in Chicago, Illinois, USA.
*She belongs to Serbian descent.
*Her father, Walter Nogulich, was born in Chicago in 1920, and her mother, Jelena Mandusich, was born in Paciki village in the Sar Mountains of Kosovo.
*At 17, Natalia moved to Chicago.
*Visit her official website: www.natalijanogulich.com
*Follow her on Twitter, Facebook and Instagram.