Actor and producer Harrison Ford, who rose to prominence by portraying the role as Han Solo in Star Wars and as the title character of the Indiana Jones film series. For his performances in Witness, The Mosquito Coast, The Fugitive and Sabrina, he received Golden Globe Award nominations. His other notable works include Air Force One, Blade Runner and Working Girl. Ford was born on July 13, 1942 in Chicago, Illinois, to Dorothy, a radio actress, and Christopher Ford, an actor turned advertising executive. He belongs to Irish, Jewish, and German descent. He is the older brother of Terence Ford. 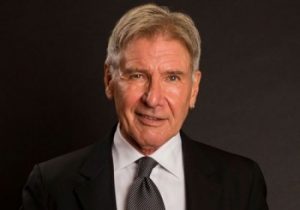 “I wanted to be a forest ranger or a coal man. At a very early age, I knew I didn’t want to do what my dad did, which was work in an office.” – Harrison Ford