Harry Shearer is an American actor, voice actor, comedian, writer, musician, radio host, director and producer. He is best known for voicing many characters on the animated series The Simpsons, including Mr. Burns, Waylon Smithers, Reverend Lovejoy, Principal Skinner, Ned Flanders, Kent Brockman, formerly Dr. Hibbert, and more. Shearer was a cast member on Saturday Night Live between 1979 and 1980, and 1984 and 1985. Shearer co-created, co-wrote and co-starred in the 1984 comedy. He has won a Primetime Emmy Award and has received several other Emmy and Grammy Award nominations. He has appeared in such films as The Truman Show and A Mighty Wind, and has directed two, Teddy Bears’ Picnic and The Big Uneasy. 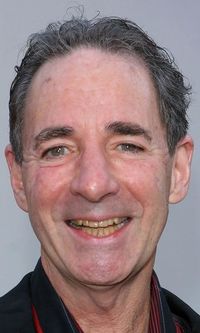 Born Harry Julius Shearer on December 23, 1943 in Los Angeles, California, to parents Dora Warren and Mack Shearer, his parents were Jewish immigrants from Austria and Poland. Shearer made his film debut in the 1953 classic Abbott and Costello Go To Mars and had a small role in the first Cinemascope movie The Robe. He has been married to singer-songwriter Judith Owen since March 28, 1993. He was previously married to folk singer Penelope Nichols.

Harry Shearer Facts:
*He was born on December 23, 1943 in Los Angeles, California, USA.
*He began his career as a child actor.
*He was a member of The Credibility Gap, a radio comedy group from 1969 to 1976.
*In 2013, Shearer became an artist in residence at Loyola University, New Orleans.
*He has written three books.
*He is a lifelong liberal Democrat.
*He has homes in Santa Monica, California, the French Quarter of New Orleans, Louisiana, and Notting Hill, London.
*Visit his official website: www.harryshearer.com
*Follow him on Facebook and Twitter.