British−Mauritian film actress and model who played prominent roles in the Indian films Billa and Bodyguard, and has appeared in a Suzuki advertisement. Keech also performed an item number titled “Aa Ante Amlapuram” in the film Maximum, and danced in the Frankfinn Music remix item number “Kahin Pe Nigahaen”. In 2013, Keech appeared in the reality television programme Bigg Boss 7. 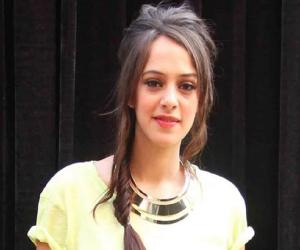 Born on February 28, 1987 in Essex, London, England, to an English father and an Indo-Mauritian Hindu mother of Bihari ancestry, she has an older sister named Tina. In 2015, Keech got engaged to Indian cricketer Yuvraj Singh and married him in November 2016.

Hazel Keech Facts:
*She was born on February 28, 1987 in Essex, London, England, UK.
*At 3, she stared performing on stage and started working professionally when she was 13.
*At age 18, she decided to stay in India.
*She adopted the name “Gurbasant Kaur” after marriage.
*Follow her on Twitter, Facebook and Instagram.