Pakistani singer who rose to prominence in the 1980s with such hit singles as “Hawa Hawa”, “Hato Bacho”, and “Shadi Na Karna Yaron”. Jahangir released his first single “Imran Khan is a Superman” in 1982 and in June 1987 went on to release his one and only internationally famous album Hawa Hawa. Jahangir’s other notable hit songs include Dil Hai Diwana, Dil Jo Tujh Pe Aaya Hai, Zindagi Hai Pyar, and Maigha Jaise Roye. 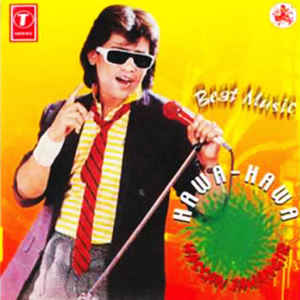 Hassan Jahangir Facts:
*He was born on July 1, 1962 in Karachi, Pakistan.
*He released his first single “Imran Khan is a Superman” in 1982.
*In 2011, Jahangir came back into Pakistani music after absent of a long period with a fresh twist to a Bengali folk song Dol Dol Doloni.