Haylie Johnson is an American actress and singer. She is best known for her role as Haylie in Kids Incorporated. She has also appeared in Fathers’ Day, Dr. Quinn, Medicine Woman, and Pendulum. Born Haylie Nichelle Johnson on January 29, 1980 in Thousand Oaks, California, to Cliff and Nancy Johnson. When she was three years old, her family packed up and moved to Michigan where her father was transferred (Ship captain of an exploration ship). They finally ended up moving to “The Town That Time Forgot” called Franklin. She has an older brother, Chris Johnson, and a younger sister, Ashley Johnson, who is also an actress. She got her start in Michigan, modeling for Loretta Lorion, a local children’s clothing store. In 2001, she married Jonny Lang, an accomplished blues musician. They have four children. 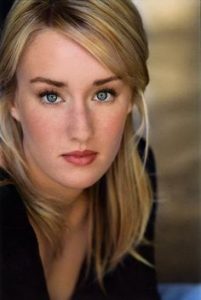 Haylie Johnson Facts:
*She was born on January 29, 1980 in Thousand Oaks, California, USA.
*She is of Norwegian, Swedish, Irish, Danish, Scottish, and Native American descent.
*Her mother, Nancy Johnson, is an independent film producer.
*She is the older sister of Ashley Johnson and younger sister of Chris Johnson.
*In 1991, she joined the cast of Kids Incorporated.
*Since retiring from acting Haylie has become a stay at home mom.
*Follow her on Instagram.