Hedy Lamarr was an Austrian-American actress and inventor who starred in such films as Algiers, Tortilla Flat, Lady of the Tropics, Comrade X, Boom Town, Experiment Perilous, White Cargo, H.M. Pulham, Esq., and Samson and Delilah. Born Hedwig Eva Maria Kiesler on November 9, 1914 in Vienna, Austria, Lamarr’s father was a bank director and her mother was a pianist. She studied ballet and piano at age 10. In 1937 Lamarr signed a contract with MGM in London and went to the USA, where she spent the rest of her life. She became a naturalized US citizen on April 10, 1953. She died in Altamonte Springs, Florida on January 19, 2000, at the age of 86. She was married six times. 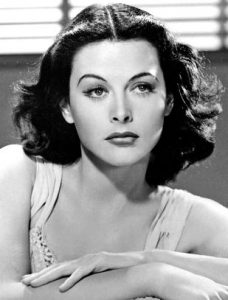 Hedy Lamarr Facts:
*She was born on November 9, 1914 in Vienna, Austria.
*She was discovered by an Austrian film director as a teenager.
*She studied at Max Reinhardt’s theater school at the Deutsches Theater.
*She became an American citizen on April 10, 1953.
*She was awarded a Star on the Hollywood Walk of Fame at 6247 Hollywood Blvd. on February 8, 1960.
*She was posthumously inducted into the National Inventors Hall of Fame in 2014.