Heidi Samuel, better known by her birth name Heidi Klum, is a German-American model, television host, businesswoman, fashion designer, television producer, and actress. She rose to fame after being featured on the cover of the Sports Illustrated Swimsuit Issue and for becoming a Victoria’s Secret angel. Heidi started her modeling career at the age of 18. She has been on the cover of the fashion magazines Vogue, Elle, and Marie Claire. Heidi was born on June 1, 1973, in Bergisch-Gladbach, North Rhine-Westphalia, Germany. Her parents are Günther, a cosmetics-company executive, and Erna, a hairdresser. 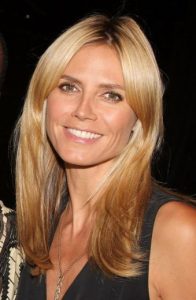