Helen Worth is a British actress born in Leeds, Yorkshire, England. She is best known for playing the role of Gail Platt in Coronation Street since 1974. She is also known for her recurring role in Doctor Who in 1971. Her first acting role was in the series Z Cars at age twelve. Born as Cathryn Helen Wigglesworth on January 7, 1951 in Leeds, Yorkshire, England, to Alfred and Gladys Wigglesworth, she grew up in Ossett, Wakefield in her grandmother’s boarding house. She has one older brother, Neville Wigglesworth. Since April 6, 2013, she has been married to Trevor Dawson. She was previously married to Michael Angelis from 1991 to 2001. 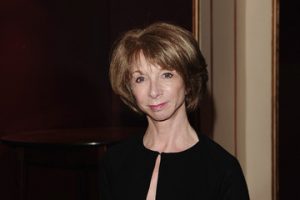 Helen Worth Education:
She attended private school.
She later attended the Corona Theatre School in London.

Helen Worth Facts:
*She was raised in a middle-class family.
*At age 15, she moved to London to pursue an acting career.
*She won The British Soap Award for Best Storyline.
*She is a supporter of the charity ActionAid.