Sunny Leone is an actress, model, and former p*rnstar, currently active in Indian film industry. She made her Bollywood debut in Pooja Bhatt’s film Jism 2 which was released in 2012. She played Maya in the 2013 film Jackpot. She made a cameo appearance in The Girl Next Door. Born Karenjit Kaur Vohra in Sarnia, Ontario, on May 13, 1981, to Sikh Punjabi parents, her father was born in Tibet but grew up in Delhi, while her mother is from Sirmaur, Himachal Pradesh, India. She has one younger brother, Sundeep Vohra. She has dual citizenship of Canadian and American. She has been married to musician Daniel Weber since 2011. 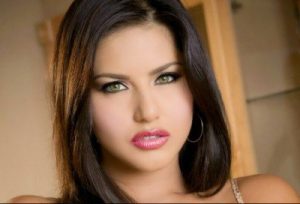 Sunny Leone Facts:
*As a child, she enjoyed competing in street hockey and soccer.
*At the age of 16, she lost her virginity to a basketball player.
*She discovered her bisexuality in 1999.
*She was named Penthouse magazine’s Pet of the year in 2003.
*Maxim magazine named her one of the top 12 adult stars of 2010.
*She joined the Indian reality television series Big Boss in 2011.
*She was the first Bollywood actress to walk the runway for New York Fashion Week on September 8, 2016.
*Her favorite actor is Salman Khan.
*Follow her on Twitter, Facebook and Instagram.