Holly Davidson is an English actress, who is best known for her roles in television, such as Renford Rejects, The Bill, “Holly’s Hill’s” and Casualty, and in the films Final Cut, Van Wilder: The Rise of Taj and Essex Boys. Davidson was born on April 26, 1980 in Shropshire, England. She is the daughter of the photographer Robert Davidson and Mary Davidson. 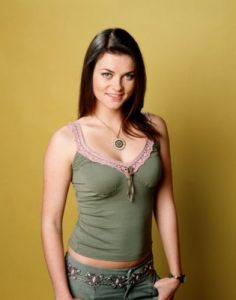 Holly Davidson Facts:
*She is the sister of actresses Sadie Frost and Jade Davidson.
*She portrayed WPC Roz Clarke in The Bill from September 2000 – December 2001
*She was in a relationship with Ben Jackson from 2000 to 2004.