Howie Mandel is a Canadian actor, comedian and television host, best known as the host of the NBC game show “Deal or No Deal”. He starred alongside Amy Steel in the 1987 comedy film Walk Like a Man, and portrayed rowdy ER intern Dr. Wayne Fiscus on the NBC medical drama St. Elsewhere from 1982 to 1988. He also created and starred in the children’s cartoon Bobby’s World, and judges on NBC’s America’s Got Talent. Born on November 29, 1955 in Toronto, Ontario, Canada, to parents Evy and Al Mendel, he started his show biz career by chance while catching amateur night at the Comedy Store on the L.A. Sunset Strip during a vacation. He is married to Terry Soil with whom he has three children: two daughters, Riley and Jackie, and a son, Alex. 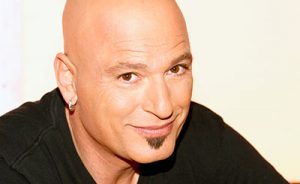 Howie Mandel Facts:
*He was born on November 29, 1955 in Toronto, Ontario, Canada.
*He was raised Jewish.
*He used to work as a carpet salesman.
*He hosted the premiere of Fox’s flash-mob show, Mobbed in 2011.
*His idol was Julie London, and acting mentor was Norman Lloyd.
*He is friends with Jay Leno.
*Follow him on Twitter, Facebook and Instagram.