Mohit Sehgal is an Indian television actor. He is best known for his portrayal of Samrat Shergil in the Indian television series, Miley Jab Hum Tum, alongside Rati Pandey, Sanaya Irani and Arjun Bijlani. He is also known for his performances in Mujhse Kuch Kethi Yeh Khamoshiyaan, Qubool Hai, Love Ka Hai Intezaar, and Sarojini – Ek Nayi Pehal. He also starred in the 2012 film Family Aa Rahi Hai. Born on December 3, 1985 in Chandigarh, India, to a Punjabi family, he did his schooling in Delhi. He learned acting skills from Barry John’s acting studio. He married his long time girlfriend Sanaya Irani on January 25, 2016. 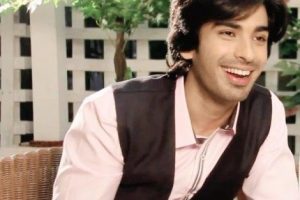 Mohit Sehgal Education:
He completed his schooling and college in Delhi.

Mohit Sehgal Facts:
*He was born on December 3, 1985 in Chandigarh, India.
*His began his acting career in 2007, appearing in the film Delhi Heights.
*He co-hosted Zara Nachke Dikha show with Sanaya Irani in 2010.
*He fell in love with Sanaya Irani during the shooting of Miley Jab Hum Tum.
*Follow him on Facebook and Instagram.