Actor and model Hugh Dancy is famous for his portrayal of Will Graham in the critically acclaimed NBC series Hannibal, as Prince Charmont in Ella Enchanted, and as Earl of Essex in the HBO mini-series Elizabeth I. He portrayed Danny in the 2007 film, Cold Feet. Aside from acting, he has modeled, and was ranked as one of the sexiest men on television. He was born in Stoke-on-Trent, Staffordshire and was raised in Newcastle-under-Lyme. His father Jonathan was a philosophy professor and his mother Sarah Ann was an academic publisher. He has a younger brother, Jack, and a younger sister, Kate. In 2009, he married American actress Claire Danes. They have a son together. 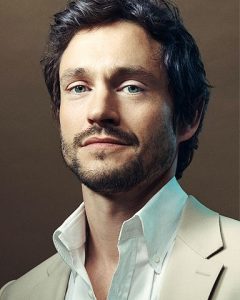 Hugh Dancy Facts:
*He was born in Stoke-on-Trent, Staffordshire and raised in Newcastle-under-Lyme.
*He belongs to English, and a small amount of Welsh and Scottish descent.
*He began his acting career in television and the stage.
*He is an avid collector of fake hands.
*Follow him on Facebook.