Imogen Thomas is a Welsh model and television personality who was crowned Miss Wales in 2003. Thomas appeared on the seventh series of Channel 4 reality television programme Big Brother for three months in 2006. She also portrayed herself in a cameo performance on the S4C soap opera Pobol y Cwm. Born Imogen Mary Thomas on November 29, 1982 in Llanelli, Wales, to parents Janette and Charles Thomas, she has a sister named Alana. Thomas started working as a model at age 13, and moved to London to become a professional model at the age of 17. She attended the University of Worcester. She is in a relationship with Adam Horsley since 2011. They have two daughters together. 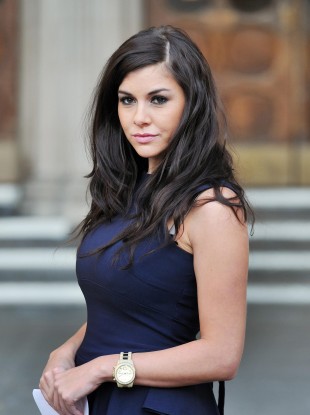 Imogen Thomas Facts:
*She was born on November 29, 1982 in Llanelli, Wales, UK.
*She started modeling when she was 13.
*She used to work as a bar hostess.
*She has a BSc degree in health studies and psychology.
*She won the Miss Wales award in 2003 and went on to represent Wales at Miss World in China.
*She appeared in the 7th series of Big Brother.
*In 2011, her alleged extramarital relationship with footballer Ryan Giggs was the subject of a gagging order in the UK.
*Welsh is her first language.
*She enjoys kick boxing.
*She is friends with actress/model Melinda Messenger and actor Andrew Johnston.
*She has two daughters, Ariana and Siera with partner Adam Horsley.
*She is also the swimwear designer at Chasing Summer.
*Visit her official website:
*Follow her on Twitter and Instagram.