Vince Vaughn is an American actor, comedian, screenwriter, and producer. He is known for his roles in the films Swingers, Rudy, Wedding Crashers, The Lost World: Jurassic Park, Return to Paradise, The Cell, DodgeBall: A True Underdog Story, Fred Claus, Four Christmases, The Internship, Domestic Disturbance, The Break Up, Psycho, Couples Retreat, and Old School. In 2015, Vaughn played Frank Semyon in the second season of the HBO anthology crime drama television series True Detective. Born Vincent Anthony Vaughn on March 28, 1970 in Minneapolis, Minnesota, to parents Sharon and Vernon Lindsay Vaughn, he is the younger brother of Valeri Vaughn and Victoria Vaughn. He graduated in 1988 from Lake Forest High School. Vaughn has a daughter named Lochlyn and a son named Vernon with wife Kyla Weber. 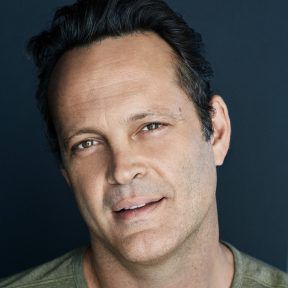 Vince Vaughn Facts:
*He was born on March 28, 1970 in Minneapolis, Minnesota, USA.
*His ancestry includes Lebanese, Italian, English, Irish, German, and Scottish
*He began acting in the late 1980s, appearing in minor television roles.
*He played the role of Nick Van Owen in the 1997 film The Lost World: Jurassic Park.
*He is a fan of Chicago Blackhawks and Chicago Cubs.
*He is good friends with actor Jon Favreau and Joaquin Phoenix.
*He is a Libertarian.
*He was in a relationship with actress Jennifer Aniston from 2005 to 2006.