Georgie Henley is an English actress, best known for starring as Lucy Pevensie in the Chronicles of Narnia film series. She starred as Beth in the 2014 crime-drama Perfect Sisters and played Mary Warren in The Sisterhood of Night (2015). From 2019 to 2020, Henley played Margaret Tudor in the Starz limited series The Spanish Princess. Born Georgina Helen Henley on July 9, 1995 in Ilkley, Bradford, West Yorkshire, England, to parents Helen and Mike Henley, she has two older sisters named Rachael and Laura. She attended Bradford Grammar School. 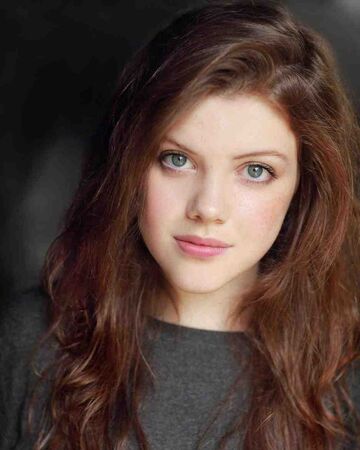 Georgie Henley Facts:
*She was born on July 9, 1995 in Ilkley, Bradford, West Yorkshire, England, UK.
*Her parents are Helen and Mike Henley.
*She studied A-levels at Bradford Grammar School.
*She made her acting debut as Lucy Pevensie in 2005 film The Chronicles of Narnia: The Lion, the Witch and the Wardrobe.
*She supports SOS Children’s Villages, an international orphan charity providing homes and mothers for orphaned and abandoned children.
*Follow her on Twitter and Instagram.