Ines Rau is a French transgender model who was the Playboy Playmate of the Month for November 2017. In 2016, she was featured on the TF1 news format Sept à Huit on an episode focused on her life. She has appeared on several magazine and worked as a model for Alexis Bittar, Nicole Miller and Barneys New York. She also appeared in Vogue Italia and in a campaign for Balmain. Born on March 17, 1990 in Paris, France, to French-Moroccan mother and Algerian father, she is of Algerian descent. She transitioned and underwent sex reassignment surgery at the age of 16. She came out as transgender in 2013. She’s the second transgender woman to be featured in Playboy after Cossey in 1981. 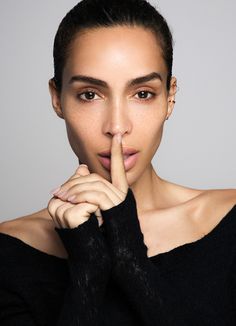 Ines Rau Facts:
*She was born on March 17, 1990 in Paris, France.
*She grew up as a boy and became a woman at 18.
*She’s the first openly transgender Playmate.
*She has been photographed by legends Willy Vanderperre and Bruce Weber.
*Follow her on Twitter, Facebook and Instagram.