Sylvia Geersen is a Dutch fashion model. She is best known for being a runner up on the first season of Holland’s Next Top Model. Her other notable television appearances include: Fort Boyard, Expedition Robinson, Ranking the Stars, Sabotage, and Shopping Queens VIPS. She has worked for brands including Laura Mercier, Guess, Redken, Fabulous, and Shiwi beachwear. Born on September 29, 1985 in Rotterdam, Netherlands, she got her start modeling in the first cycle of Holland’s Next Top Model in 2006. In January 2016, she married Rogelio Castro Martinez. 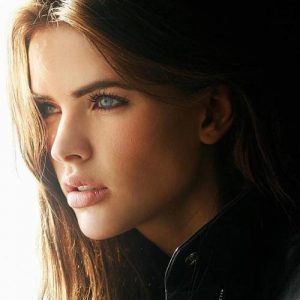 Sylvia Geersen Facts:
*She was born on September 29, 1985 in Rotterdam, Netherlands.
*Runner up of the first cycle of Holland’s Next Top Model.
*In 2011, she was featured on the cover of JFK magazine.
*She appeared on the tenth season of the Dutch TV show Ranking the Stars in 2013.
*Follow her on Twitter, Facebook and Instagram.