Irene is a South Korean singer and actress. She is best known as a member of South Korean girl group Red Velvet and its sub-unit Red Velvet – Irene & Seulgi. The group released their debut album The Red in 2015, and has won multiple awards for their music, performances, popularity and impact. Irene hosted the music show Music Bank with actor Park Bo-gum from May 2015 to June 2016. In July 2016, Irene made her acting debut playing the role of Ah-reum in the web drama Women at a Game Company. Born Bae Joo-hyun on March 29, 1991 in Daegu, South Korea, her family consists of her parents and a younger sister. She was educated at Haknam High School in Daegu. She joined SM Entertainment in 2009 and trained for five years. She first achieved fame appearing in music videos like Henry Lau’s “1-4-3 (I Love You).” 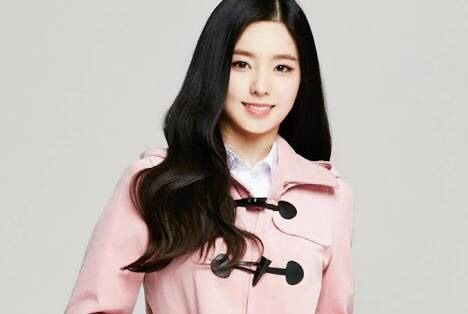 Irene Facts:
*She was born on March 29, 1991 in Daegu, South Korea.
*Her real name is Bae Joo-hyun.
*She is a member and leader of the South Korean girl group Red Velvet.
*She was the second of Red Velvet to be cast in the group, joining in 2009.
*She ranked #41 on TC Candler “The 100 Most Beautiful Faces of 2018”.
*She became the new female ambassador for French sports garment brand Eider in 2018.
*Follow her on Instagram.