Irina Berezhna was a Ukrainian politician. She was a member of Party of Regions (October 2007 – August 2017), a former People’s Deputy of Ukraine, a member of the fraction of the Party of Regions. Born in Luhansk, Ukrainian on August 13, 1980, to Elena Berezhna and Hryhorii Chornylo, she died in a car accident on the Adriatic coast on 5 August 2017 at the age of 36. She had a daughter Daniella, born in 2009. It is not officially known who the father of Daniella is; although Ukrainian media reports claim it is businessman Boris Fuksman. 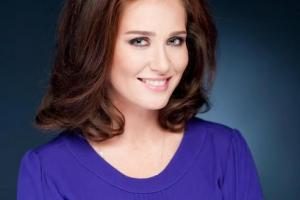 Irina Berezhna Facts:
*She was born in Luhansk, Ukrainian.
*She graduated from Kyiv Taras Shevchenko National University in 2002.
*At age 19, she started her first business.
*She died in a car accident on 5 August 2017 near the Adriatic coast of Croatia.