Nikki Ziering is an American model and actress who was Playboy’s Playmate of the Month for September 1997. She was a Barker’s Beauty on the game show The Price Is Right from September 20, 1999 to September 30, 2002. Born Natalie Schieler on August 9, 1971 in Norwalk, California, USA, she belongs to Norwegian and German descent. She is a 1989 graduate of Sonora High School. She was discovered by a modeling scout while working as a dental assistant in Brea, California. She has been in a relationship with Rick Reynolds with whom she has a daughter, Tatum Ella, born in 2009. She was previously married to Ian Ziering. 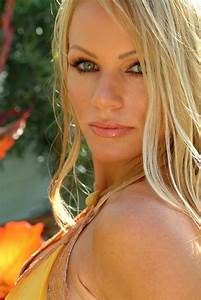 Nikki Ziering Facts:
*She appeared as Playmate of the Month in Playboy’s 1997 September issue.
*She converted to Judaism before her wedding to Ian Ziering, so they would be the same faith.
*She was married to Ian Ziering from 1997 to 2002.