Irrfan Khan was an Indian film actor, known for his work predominantly in Hindi films, as well as his works in British films and Hollywood. He had received numerous awards, including a National Film Award and Filmfare Awards in four categories. In 2011, Khan was awarded the Padma Shri. He is best remembered by the public for his roles in the films Haasil, Paan Singh Tomar, Maqbool, The Namesake, Life in a… Metro, Slumdog Millionaire, Mumbai Meri Jaan, New York, 7 Khoon Maaf, The Lunchbox, Qissa, D-Day, Haider, Gunday, Talvar, Piku, Hindi Medium, Qarib Qarib Singlle, and Doob: No Bed of Roses. Born Sahabzade Irrfan Ali Khan on January 7, 1967 in Jaipur, India, to parents Sayeeda Begum and Sahabzade Yaseen Ali Khan, he earned a scholarship to attend the National School of Drama in 1984. He made his screen debut with the Academy Award nominated film Salaam Bombay! (1988). On 29 April 2020, he died of colon infection in Mumbai at age 53. 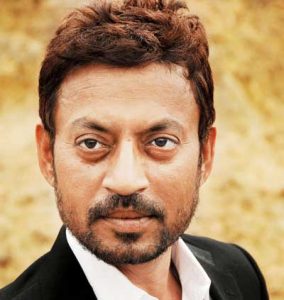 Irrfan Khan Facts:
*He was born on January 7, 1967 in Jaipur, India, to a Pashto speaking Muslim family.
*He was a skilled cricketer.
*He won a scholarship to the National School of Acting in New Delhi in 1984.
*He played Paan Singh Tomar in the 2011 acclaimed biographical sports drama Paan Singh Tomar.
*He was diagnosed with Neuroendocrine tumor in March 2018.