Lacey Turner is a British actress, best known for playing Stacey Slater in the BBC soap opera EastEnders, for which she has won 33 awards, including four National Television Awards and ten British Soap Awards. Turner’s other notable works include Bedlam, Switch, and Our Girl. Born Lacey Amelia Turner on March 28, 1988 in Edgware, United Kingdom, to parents Leslie and Bev Turner, she has two younger sisters named Daisy and Lily Harvey. She dropped out of school at 16 to start acting in EastEnders. In September 2017, Turner married childhood sweetheart Matt Kay. Together they have one daughter, Dusty Violet Kay. 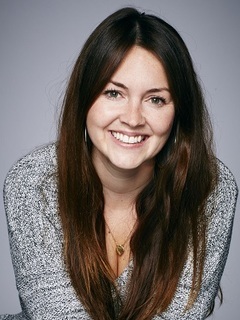 Lacey Turner Facts:
*She was born on March 28, 1988 in Edgware, United Kingdom.
*Her sister Daisy Turner is also an actress.
*She played Stacey Slater in the BBC soap opera EastEnders.
*In March 2007, she had breast implants for her 19th birthday, changing her bust from a 32B to a 32D.
*She has a tattoo of the word “Love” on her left thigh, two flying swallows, a Hamsa hand, a written quote, and a Hindu-style elephant etched on her back.
*One of her hobbies is up-cycling.
*Follow her on Twitter and Instagram.