Isabella Ferrari an Italian television, film and theatre actress. She is best known for playing the protagonist, Commissioner Giovanna Scalise in the police drama series Distretto di Polizia (Police District) and Distretto di Polizia 2 (Police District 2). She was nominated to the David di Donatello for Best Supporting Actress in 2006 for her performance in The Goodbye Kiss and in 2008 for her performance in Quiet Chaos. Born Isabella Fogliazza on March 31, 1964 in Ponte dell’Olio, Emilia-Romagna, Italy to parents Maria Vinetti and Pietro Fogliazza, she has one older sister Fausta and one younger brother Alessandro. She made her acting debut in 1982 as Selvaggia in the Carlo Vanzini comedy Sapore di mare at the age of seventeen. She has been married to Renato De Maria since April 2002. They have two children. She was previously married to Massimo Osti with whom she had a daughter named Teresa in 1995. 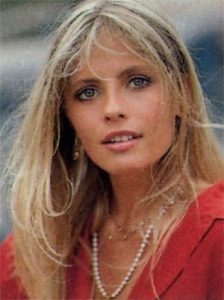 Isabella Ferrari Facts:
*She was born on March 31, 1964 in Ponte dell’Olio, Emilia-Romagna, Italy.
*She was named Miss Teenager in a contest held in a discoteque at the age of 15.
*She was once engaged to Italian actor Francesco Nuti.
*She is best friends with Valeria Golino.
*She is the mother of three children: Teresa, Nina and Giovanni.