Jimmy Dunn is an American comedian, writer and actor who played Sean McCarthy in the CBS TV sitcom The McCarthys. He has also performed at some of the comedy industry’s most prestigious events, including Denis Leary’s Comics Come Home, Montreal’s International Just For Laughs Comedy Festival, and the Late Show with David Letterman. He was also the wise-cracking voice of Sox Appeal, the Emmy award winning dating game show that took place inside Boston’s Fenway Park. As a writer, he has written three books, A Stand-Up Comic’s Farewell to the Cruise Industry, Funnyball: Observations from a Summer at the Ballpark, and Your Kid’s First Poker Book. 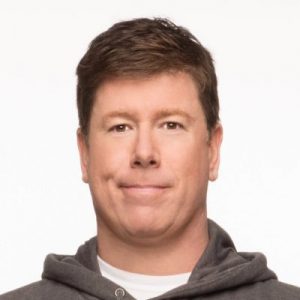 Books: Boat Hack: A Stand-Up Comic’s Farewell to the Cruise Industry, Funnyball: Observations from a Summer at the Ballpark, Your Kid’s First Poker Book

Jimmy Dunn Facts:
*He was born in Beverly, Massachusetts, USA.
*He got his start in the comedy world performing stand-up at a bar in Gloucester, Massachusetts.
*According to The Portsmouth Herald, he is known for his portrayal of the “big, loud, dumb guy”.
*He co-starred as Sean McCarthy on the CBS comedy “The McCarthys”.
*He performed at the 2013 Just For Laughs Comedy Festival in Montreal.
*Visit his official website: www.jimmydunn.com
*Follow him on Twitter, Facebook and Instagram.