Iwan Rheon is a Welsh actor, singer, and musician. He is best known for roles such as Simon Bellamy in the E4 series Misfits, Ramsay Bolton in the HBO series Game of Thrones and Ash Weston in the ITV sitcom Vicious. He also played Maximus in the superhero adventure TV series Inhumans, and starred as Mick Mars in the 2019 movie The Dirt based on Mötley Crüe. Rheon released his debut studio album, Dinard in April 2015. Born on May 13, 1985 in Carmarthen, Wales, UK, he is the son of Einir (Jones) and Rheon Tomos. He has one older brother named Aled. He made his film debut in the 2011 Welsh drama movie, Resistance. He has been in a long term relationship with actress and musician Zoë Grisedale. They have one child born August 2018. 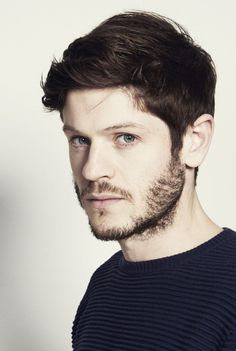 Iwan Rheon Facts:
*He was born on May 13, 1985 in Carmarthen, Wales, UK.
*His older brother, Aled, is a musician.
*He started acting at the age of 17.
*He is dyslexic.
*He plays the guitar, piano, and bass guitar.
*In April 2015, Rheon released his debut studio album, Dinard.
*Besides his native Welsh language, he also speak English.
*He is good friends with his Spring Awakening co-stars, Lucy May Barker and Aneurin Barnard.
*Visit his official website: www.iwanrheon.com
*Follow him on Twitter, YouTube, Facebook and Instagram.