Antonia Thomas is a British actress. She is best known for roles such as Alisha Daniels in the E4 series Misfits, Evie in the Channel 4/Netflix comedy series Lovesick and Dr. Claire Browne in the ABC drama series The Good Doctor. Thomas’s other notable works include Stanley Park, The Deep, Homefront, Spike Island, Sunshine on Leith, Hello Carter, Northern Soul, The Hybrid, and Survivor. Born Antonia Laura Thomas on November 3, 1986 in London, England, to a Jamaican mother and an English father, her father, David Thomas, is a classical bass singer. She has two older sisters, Emma Jay and Chloe Lucy. She studied for a Bachelor of Arts in acting at the Bristol Old Vic Theatre School, graduating in 2009, and then joined the National Youth Theatre. She also attended the Central Saint Martins College of Art & Design. She made her acting debut in the TV movie Stanley Park (2010). 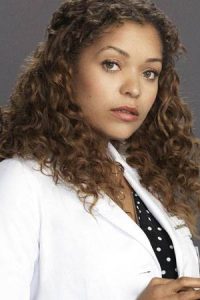 Antonia Thomas Facts:
*She was born on November 3, 1986 in London, England, UK.
*She is the daughter of an English father and a Jamaican mother.
*She is a former member of the National Youth Theatre.
*She is a highly-skilled mezzo-soprano.
*Follow her on Twitter and Instagram.