Colombian reggaeton singer whose 2009 single “Ella Me Cautivó”, became his first song charted in the United States, which serves as the first single from his debut album Real that was released in 2009 and received a Gold certification. Balvin’s debut studio album La Familia, which includes his mega-hits “Ay Vamos” and “6 AM” featuring Farruko, peaked at number ten on the Billboard Latin Albums chart, topped the Billboard Latin Rhythm Albums chart and recently received seven Platinum and two Gold certifications. His chart-topping single “Mi Gente” featuring Willy William and Beyoncé went 68x-platinum in the US. Balvin has been referred to as the “Prince of Reggaeton”, and is one of the best-selling Latin music artists with sales of more than 35 million records worldwide. Throughout his career, Balvin has won five Billboard Latin Music Awards, four Latin Grammy Awards, two MTV Video Music Awards and four Latin American Music Awards and received two Grammy Award nominations. In 2017, the BMI Latin Awards named him the Contemporary Latin Songwriter of the Year for his contribution in Latin music industry, and has won the first Global Icon Award given by Lo Nuestro Awards, in recognition of his contribution to spread Latin music worldwide. 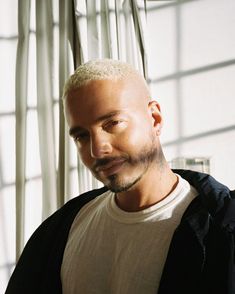 Born José Álvaro Osorio Balvín on May 7, 1985 in Medellín, Colombia, in a middle-class family, he is the son of José Álvaro Osorio and Alba Mery Balvin and has a younger sister named Carolina who’s a model. At age 17, Balvin moved to the United States to learn English, where he lived in both Oklahoma and New York. He started dating Argentinean model Valentina Ferrer in 2017. He was previously in a relationship with TV presenter María “Mona” Osorio from 2002 to 2012.

J Balvin Education:
He studied International Business and Communication at the Universidad EAFIT.

J Balvin Facts:
*Born on May 7, 1985 in Medellín, Colombia, he grew up listening to rock bands like Metallica and Nirvana.
*He developed an interest in reggaeton after listening to Daddy Yankee.
*He released his debut studio album Real in May 2010.
*He became the first Latino to headline world-musical events such as Coachella, Tomorrowland, and Lollapalooza.
*The Guinness World Records acknowledged him as a “leader of a second-generation reggaeton revolution”.
*He has collaborated musically with chart-topping Latin artists such as Nicky Jam, Cardi B, Maluma, Ozuna, Rosalía, Bad Bunny and Anitta.
*Visit his official website: www.jbalvin.com
*Follow him on Twitter, YouTube, Facebook and Instagram.