American hip hop record producer and recording artist who rose to fame as a rapper following the release of his debut mixtape, The Come Up, in early 2007. J. Cole’s first studio album Cole World: The Sideline Story (2011) debuted at number one on the US Billboard 200, with first-week sales of 218,000 copies. The album’s lead single “Work Out” peaked at number thirteen on the Billboard Hot 100 and became a top ten hit on the Billboard Hot R&B/Hip-Hop Songs and Hot Rap Songs charts. His second studio album Born Sinner (2013), also topped the Billboard 200. Its lead single, “Power Trip”, peaked at number 19 on the Hot 100 and received a platinum certification from the RIAA. 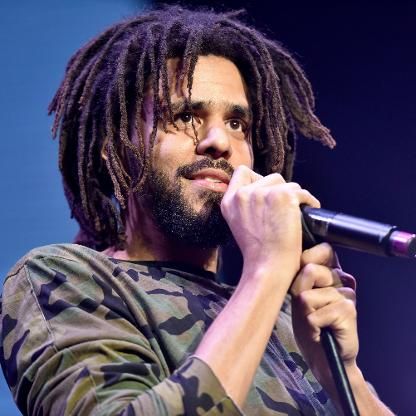