Lil Mosey is an American rapper, singer and songwriter whose second studio album, Certified Hitmaker (2019), became his highest-peaking song on the Billboard Hot 100, peaking at number 16, and charted well internationally. Mosey’s notable hit singles include “Stuck in a Dream”, “Pull Up”, “Blueberry Faygo” and “Noticed”. He has been signed to Interscope Records. Mosey was named among the 2019 XXL Freshman Class in June 2019. He has toured with rappers Smooky MarGielaa, Polo G, Lil Tjay and Smokepurpp. 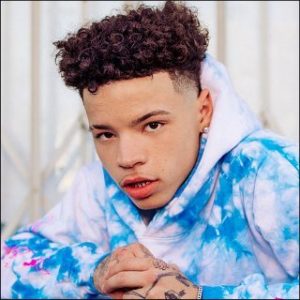 Lil Mosey Facts:
*He was born on January 25, 2002 in Mountlake Terrace, Washington, USA.
*His real name is Lathan Moses Echols.
*He was educated at Mountlake Terrace High School.
*He released his debut single “So Bad” on SoundCloud in 2016.
*He released his debut studio album titled Northsbest, on October 19, 2018.
*Visit his official website: www.lilmosey.com
*Follow him on Twitter, YouTube, SoundCloud, Facebook and Instagram.