American recording artist and singer who debuted in 1999 with Venni Vetti Vecci and its single “Holla Holla”. Ja Rule is mainly known for duets with female R&B artists, including “Between Me and You” with Christina Milian, “I’m Real” with Jennifer Lopez and “Always on Time” with Ashanti. His third studio album, Pain Is Love (2001), debuted at #1 on the Billboard 200 in 2001. The album also received a Grammy nomination in 2002 for Best Rap Album. As an actor, he appeared in several movies including Back in the Day, Half Past Dead, The Cookout, Assault on Precinct 13, and I’m in Love with a Church Girl. Born Jeffrey Bruce Atkins on February 29, 1976 in Queens, New York, to parents Debra and William Atkins, his father left the family when he was very young, and was raised as an only child, as his younger sister, Kristen, died in the womb when Atkins was 5. On April 14, 2001, Ja Rule married Aisha Murray Atkins with whom he has three children, Brittney, Jeffrey and Jordan. 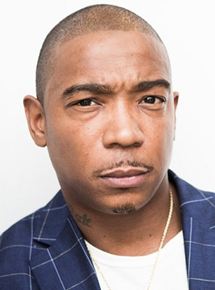 Ja Rule Facts:
*He was born on February 29, 1976 in Queens, New York, USA.
*He got into a lot of fights in middle school due to his diminutive size.
*He has been rapping since 1984.
*He received his GED while in prison in February 2012.
*He has had a longtime feud with 50 Cent.
*Visit his official website: www.jarule.net
*Follow him on Twitter, YouTube, Facebook and Instagram.