Lisa Vicari is a German actress. She is best known for her portrayal of Martha Nielsen in the TV show Dark, and for her role as billionaire’s daughter Isi in the 2020 film Isi & Ossi. She has also appeared in the films Hanni & Nanni, Hell, Playing Doctor, and Luna. 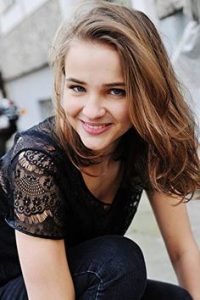 Lisa Vicari Facts:
*She was born on February 11, 1997 in Munich, Germany.
*She made her acting debut in the short film Tunnelblicke (2009).
*Her first major role in a film was in Doktorspiele (2014).
*She portrayed Martha Nielsen, the love interest of Jonas and sister of the missing Mikkel in the 2017 Netflix original series Dark.
*In 2020, she starred as Isi in the Netflix romantic comedy film Isi & Ossi.
*Follow her on Instagram.